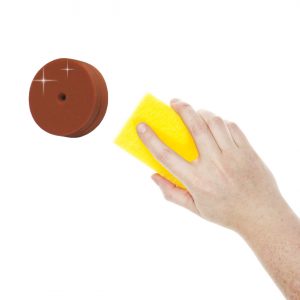 Applications requiring very clean elastomeric materials are becoming increasingly common as detection methods have become more sensitive. Silicone rubber and fluoroelastomer seals are commonly used in gas chromatography (GC) applications at high temperatures, and emission of volatile components are sometimes readily observed in the GC analysis. The silicone rubber is used for septa which seal the GC inlet from the ambient environment (atmosphere) and experience both high temperature and mechanical stress from repeated injections of samples by syringe [1]. Fluorelastomer o-rings are sometimes used to form an internal seal of the GC inlet. Since GC-based analytical methods for volatiles and semi-volatiles are often performed at high temperatures, there’s always been a concern of interference from volatile emissions from the instrument and/or sampling apparatus materials, including elastomers.

Modern instruments are engineered to minimize problems with volatile emissions from non-sample components. Also, detectors such as mass spectrometers can distinguish real sample signals from any signals arising from elastomers or other instrument components.

Even so, most chemists still prefer to use extremely clean elastomers in GC analysis. As a consequence, CRS and other suppliers of GC components have developed a lot of technology to minimize volatile and semi-volatile emissions. Outside of GC analysis, low volatile materials are also useful in other sensitive applications. For instance, it is known that emitted volatile silicones are a paint wetting impairment substance (PWIS), which can interfere with the quality of the finish in automotive painting. Conductive silicone tubing utilized in aerosol sampling has also been found to yield volatiles which interfere with aerosol analysis. It also turns out that ‘emissions’, to use the term rather loosely, from elastomers – and many other materials – are also of longstanding concern in the food and drug industries.

In the food and drug industries, emissions from polymers are called extractables; and extractables which actually migrate into food and drug products are called leachables. Hence the terms ‘FDA grade’ and ‘Medical grade’ one finds associated with some rubber and plastic products. These terms generically signify that a material has been tested for extractables according to regulations by one or more government agencies. The specific regulations (of which there are many – by various countries, government agencies, non-governmental agencies, and industry working groups, etc.) are beyond the scope of this blog post, but the following links provide a starting point:

At CRS we normally examine ‘emissions and extractables’ with a couple of different GC methods. For low boiling volatiles, we perform a bleed test where volatiles are driven from the sample at moderately elevated temperatures and analyzed directly by GC-FID. To examine the higher boiling impurities, we first perform an extraction in an aggressive solvent and analyze the extracts by a “SimDist” method (based on ASTM D2887 for analyzing boiling point distributions of petroleum fractions).

At CRS our experience is mostly in the chromatography area, but we decided to carry out some tests of medical grade silicone rubber to see how it compares to materials used in GC. Since regulatory tests for rubber are usually focused on the heavier (extractable) impurities and, naturally, use an extraction before analysis, we examined an ethyl acetate extract of the “as received” silicone rubber by the SimDist method. The resulting chromatogram showed a very typical pattern of low molecular weight linear and cyclic siloxanes. Re-analysis of the same extracts by GC-MS allowed positive identification of most major peaks as the cyclic siloxane series D4, D5, etc (>95% match to NIST library). The one exception was the peak at 31.1 minutes which was identified as cis-13-Docosenoamide, an additive used to reduce friction in polymers. In any case, the presence of several peaks in this sample is a typical finding, even though it is one of the highest quality medical silicone products on the market which already has ultra-low extractables and meets USP Class VI, EP 3.1.9, FDA, and ISO criteria.

So how does it fare after we apply the cleaning processes that we normally employ for products used in gas chromatographs?

After cleanup, the majority of peaks due to siloxanes and the slip agent are no longer clearly visible in the extracts and the chromatogram is nearly indistinguishable from the blank (mock extract of an empty vial), excepting some late eluting carryover peaks. Although the starting elastomers were very clean to begin, these results are typical. And >90% reductions in byproduct/additive peaks are routinely achievable for many elastomer samples (we’ve obtained similar results with medical grade FKM o-rings). By lowering the overall extractable profile, it may be possible to provide safer products while streamlining the costly and time consuming extractable and leachable testing. Stay tuned for future blogs and updates in our testing and results.

If you have any questions or want more information regarding the CRS cleaning process, please contact CRS at solutions@chromres.com or call us at +1 (502) 491-6300. 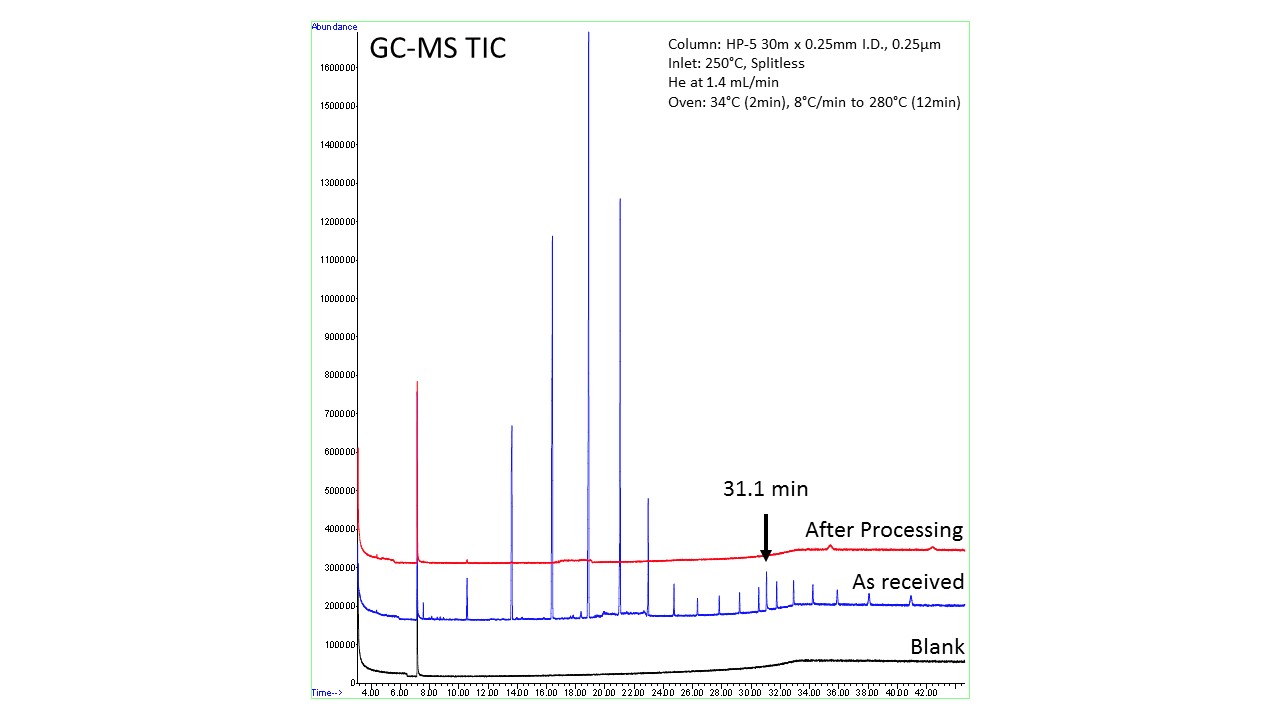 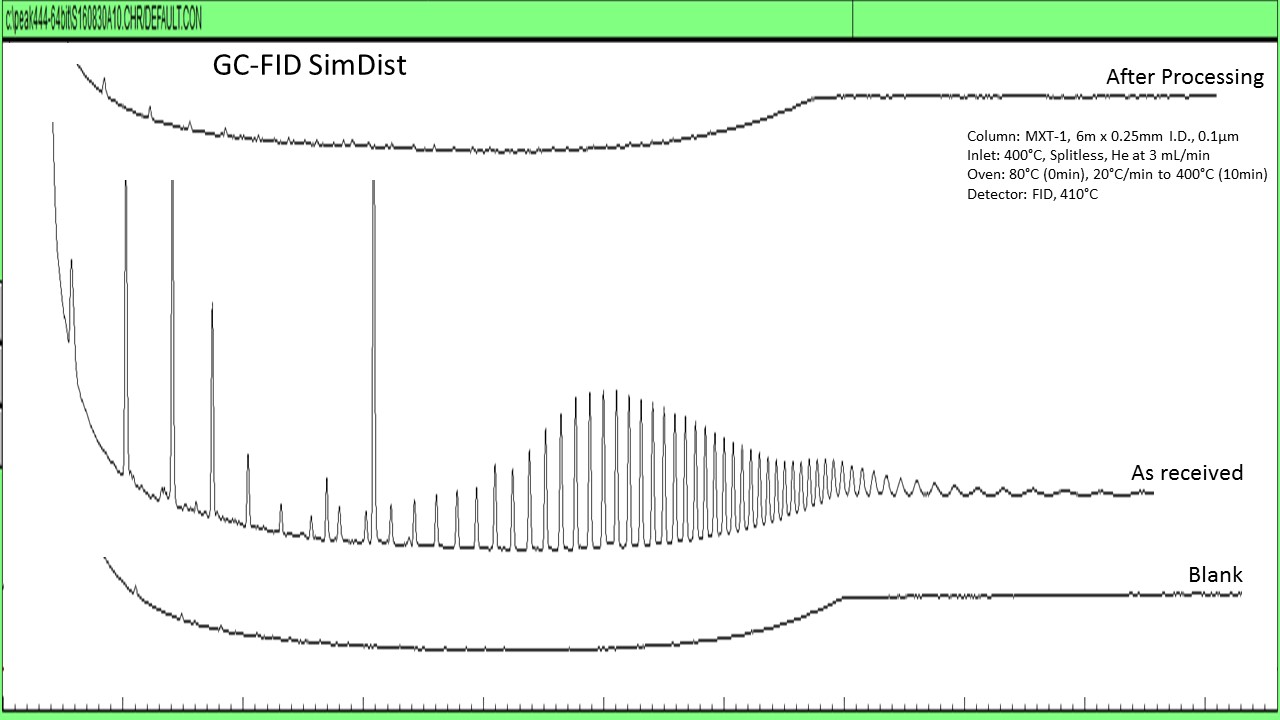