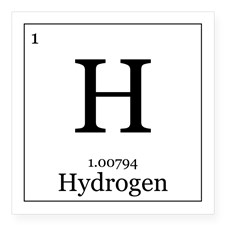 Our recent observations have shown that labs are showing an increased interest in converting their GC carrier gas from helium to hydrogen. Beyond the potential savings – hydrogen now costs a fraction of helium on a per-cylinder basis – with appropriate method translation the chromatography is almost always faster, with the same or higher resolution. Cylinder use has the downsides of safety concerns about the flammability of hydrogen, hidden costs (demurrage), storage space, and the possibility of instrument downtime during cylinder changes.

For years, Hydrogen generators have been an alternative to the cylinders, that promise safety and convenience. Initial cost has been somewhat of an impediment to the widespread adoption of generators, but with the rise in the price of helium, that’s becoming less of a concern in many labs.  It is pretty easy to find manufacturer’s calculations on the internet that show break-even points for the cost of a generator versus cylinders, which can sometimes be very attractive based on projected gas usage.

Hydrogen generators work by the hydrolysis of water, after which the hydrogen is further purified either by passing through semi-permeable membranes, or heated thin films of palladium. Generators based on palladium purification have the benefit of ultra-high purity output, since only hydrogen can diffuse through the film. However, they tend to be expensive and they’ve developed a reputation for being somewhat temperamental in operation.

Generators based on semi-permeable membranes are robust and more affordable, but the outlet purity is not as high as with palladium systems. Typical advertised outlet specs range from 1 to 5 ppm for water and 1 ppm for oxygen. Those specs are sufficient for some applications as-is, but many GC operators need water and oxygen removed to ultra-high purity levels. It’s especially important to remove oxygen to protect the capillary column from phase degradation at high GC operating temperatures, to optimize performance and column life.

An easy way to combine the convenience and safety of a permeation-based hydrogen generator with the ultra-high-purity outlet needed for capillary GC is to place a dedicated point-of-use gas purifier downstream of the generator. In this application the purifier needs to have high capacity, and it should be designed with hydrogen service in mind.

CRS has various purifiers intended for use with hydrogen that incorporate dual seals in the flow path. This ensures that the hydrogen is contained if the glass section with indicators should break. Competitor's purifiers, notably if the glass is in a “U” shape, most commonly do not have dual-seal designs. If water leaks into one of these small cartridges from the generator, swelling and breakage of the indicator could occur and lead to a hydrogen leak in the laboratory.

CRS has several purifiers that meet the requirements for purification of H2 from generators, including several with visible indicators for oxygen and water depletion. Listed below are a few of our recommendations that reduce oxygen to less than 5 ppb and water to less than 20 ppb. See product listings at ChromRes.com for complete details and specifications.

AFS I Purifier (Advanced Filter System) – This is our most advanced replaceable-cartridge system. It is high capacity and has two visual indicators for oxygen and water, both sensitive to better than 1 ppm. This environmentally-responsible cartridge may be reconditioned at CRS for even more cost savings. 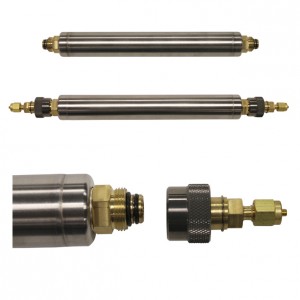 ZPure PolyGas I Purifier– An in-line purifier which removes water, oxygen, hydrocarbons as well as other gasses. Request a Quote.